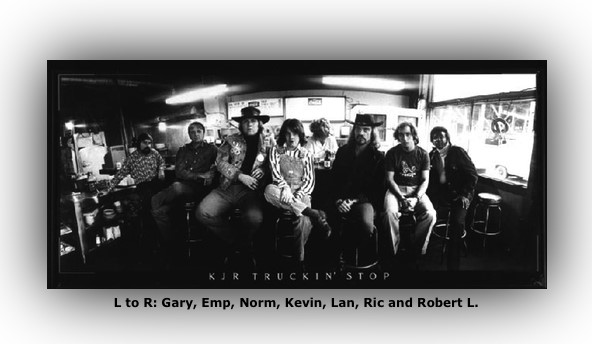 While news, information and entertainment are the product of media companies, it is advertising sales that fuel the organizations. My first big job was at the "Mother Giant" radio station KJR-AM in Seattle, Washington in 1973. Fresh out of college I got to work with my heroes who were as eccentric as human beings are allowed to be when not locked up in prison.

I had sold newspapers ads while in college but the Radio Experts taught me a lesson about selling advertising - 'Don't sell it if it won't create sales for the advertiser," said Mr. Shannon Sweatte my boss. "This business must be built upon return advertisers. If you fail for them once, you'll never get them back."

Of course, the advertisers we dealt with were big and smart. They were stingy with money, and spent it wisely. As I started my career, calling on these tough negotiators, I began to get sales fright. What if I sold ads that didn't work? 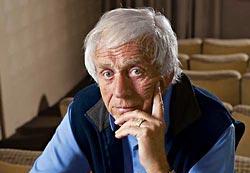 I wanted to know and one day, got up the guts to ask Mr. Pat O'Day, the station manager who was then and later became a legend in the radio station business. (That's him in the photo.)

"You can tell your advertisers, that money spent with us will always make their cash registers ring, " said Pat in response to my question.

"Then we'll just run some more ads for free until customers come streaming in." He answers. "Or we'll do promotions if we have to. Or we'll have the Disc Jockey's visit or do live on-air commercials. We'll just figure it out. Do what it takes."

Many of these clients represented retail store owners who were notorious for asking clients how they heard of their stores, why they came in that day, and on which radio stations the customers had heard their store's ads. Expecting these clients to buy ads without knowing whether they worked, would be like thinking a mama Grizzly would let you run off with her cubs. "Ain't gonna happen," I said to myself.

Pat O'day could have just taken the money and run and probably would have gotten away with it for a long time. However smart business people know better. Perhaps that is why, all these years later I am so amazed by some of the dominant Vacation Rental Directory websites.

In today's recession, does it strike you right that HomeAway announces their revenue is up Forty Percent last year? Anecdotal feedback from VRA members, tell us that inquiries are down and the cost per inquiry and cost per booking is up hugely. Is it right that FlipKey gives away free ads, then demands reviews and then ratchet up the cost?

Yet HomeAway benefits by pitting one advertiser against another, by taking an ever increasing number of listings, even if it cannibalizes the results they provide for current advertisers. Consumer advocates could easily claim that paid ads from media should know they can not justify their costs to clients and could be accused of "Unfair and deceptive" tactics.

Some Advertisers track and can justify their purchases. Others buy more ads and fall for the gimmicky ad ones of photos to push up rates because they are desperate for inquiries - any inquiries.

Where are the smart website publishers who understand their craft as well as conventional media do?

Dennis Miller, Past President of Publicist of the West, (The Ad Agency who wrote the nefarious Super Bowl Commercials - well after Dennis' Departure from Publicist) says, "Media buyers who place ads for big companies would eat a newspaper, radio or TV station alive for boasting of such an accomplishment when their clients were hurting." Dennis is on the Board of VRA. "Aren't these guys smart enough to understand that?"

Penny Taylor, Former Manager of Northwest Cable Advertising (A $50 million dollar joint venture of Viacom and TCI communications, and now vice president at VRA as well as Sunspot Resorts) agrees. "For a hundred years, smart media operators have justified their existence by the results they can produce for clients. Being new to media, these techies and venture capitalists are making up their ethics as they go along. Failing to put client's needs first is going to bite them in the behind."

Websites and other new media have been a boom to the travel and lodging business. Today, they command a dominant aspect of the industry by usurping owner and manager advertising with their own Search Engine Optimization and big pool of capital.

But will website publishers ever learn what conventional media outlets have learned over so many years, or will they figure it out over time? Will they prosper regardless of their ethics, or will advertisers stop being victims and start demanding results?

William May is President of Sunspot Inns, Resorts & Vacation Rentals and volunteer Executive Director of the Vacation Rental Association (www.Vrai.org.). KJR radio is still on the air, but now as a sports station. KJR-FM now places oldies music. Its not much like the old KJR-AM Top 40 hit station, but make listeners happy just to see the call letters still in business.